Changing the Way that Blanks are Produced

A LaserCoil production solution is the most advanced combination of coil-fed automation and high-speed laser cutting for surface-sensitive metal blanking.  Our systems are configured to your needs in single- or multi-laser head arrangements featuring up to 8kW lasers. Each system comes with our unique nesting and cutting software that optimizes material use and makes changeover as simple as entering a new part number. LaserCoil machines can produce parts at high speeds to achieve yield rates – into the 100,000 piece range – that allow the consideration of laser cutting blanks over traditional stamping processes.

Since the introduction of LaserCoil machines in 2009, we have made several iterations that have continued to increase the cutting speed of these systems. The dual-head machine, patented since 2010, improved production rates by an average of 85 percent as compared to the original single head system. When we upgraded from a 4kw to 6kW laser, there was another a 10 -25 percent increase in speed, enabling the systems to cut 0.5 to 0.75mm thick materials at 1.5 meters/second.  And, with 8kW systems, simple shapes in material thicknesses from 0.5 to 0.75mm can be cut with speeds approaching 2.2 meters/second, making laser blanking a viable and competitive manufacturing choice for volumes of less than 100,000 per year. 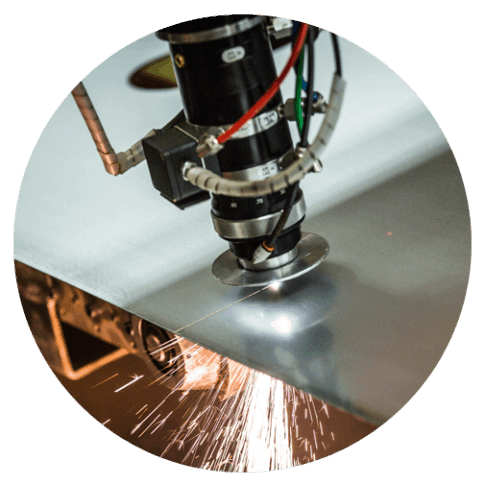 ​Installing a LaserCoil blanking system at your facility provides you with the flexibility to quickly react to changes in production as well as increasing the quality of your blanks. Our systems are configured to your needs in single- or multi-laser head arrangements and come with our unique nesting and cutting software that optimizes material use and makes changeover as simple as entering a new part number. With a LaserCoil system, you can process a variety of coil material and cut shapes from complex body side outers to simple chevron and scroll cuts. And, depending upon part size and complexity, you can reach production figures of up to 100,000. Pair LaserCoil with a new feed line from one of our integration partners or you can simply couple it with your existing feeding equipment. 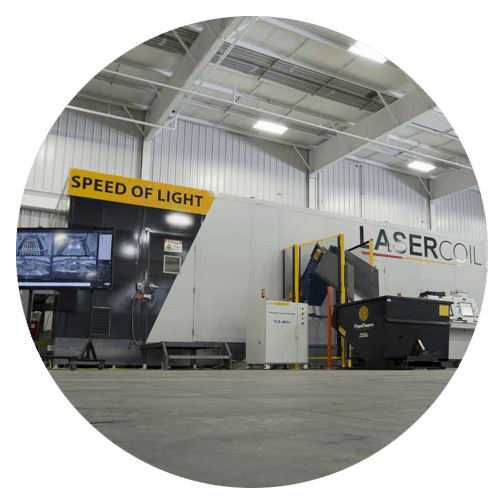 We have a scheduled amount of line time on a first-come, first-serve basis for production evaluation on our development line at our Perrysburg, Ohio Technology Center. This line is capable of handling 2.1-meter wide coils of varied material including aluminum, mild steel, new ultra- and high-strength steels in thicknesses from 0.5 to 3.5mm. Coated and other surface sensitive materials as well as structural components can also be processed and evaluated. 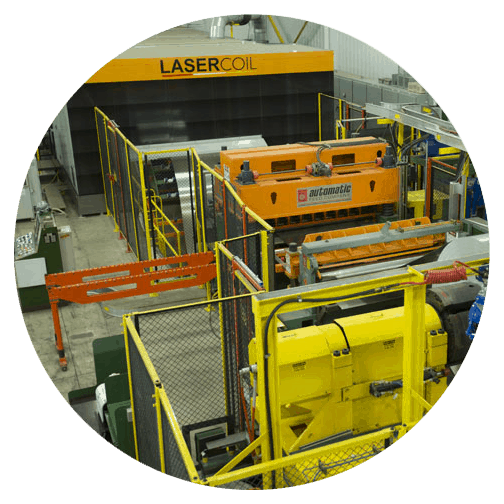 LaserCoil systems are flexible and can be integrated to work with traditional coil feeding equipment and can even be retrofit to existing press feeding lines. This allows you to leverage existing capital equipment investment and lower the cost of laser blanking system implementation while gaining flexibility, speed and a high level of quality. Our systems can be integrated with equipment from virtually any manufacturer of automotive-grade coil feeding automation. Additionally, through our relationship with Automatic Feed Company, we can provide complete blanking line solutions — new or rebuilt — from coil cart to stacker and everything in-between. 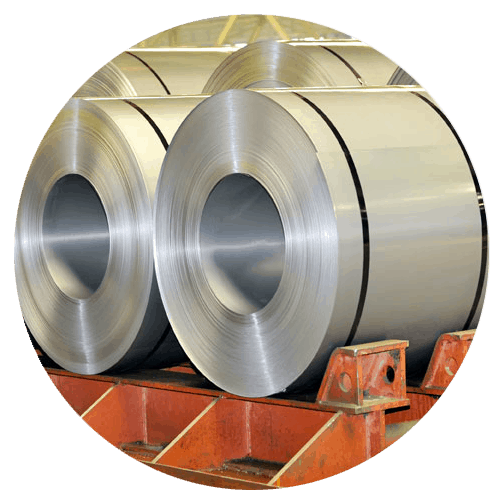 If you find yourself in need of a temporary production solution or would like help transitioning to laser blanking, our Perrysburg, Ohio Technology Center can support you by providing production services. We can also serve as a laser blank prototyping facility. We are capable of handling coil material in aluminum, mild steel, the new high-strength steels, and other materials as well as structural components in thicknesses from 0.5 to 3.5mm and up to 2.1-m wide coil at any length. 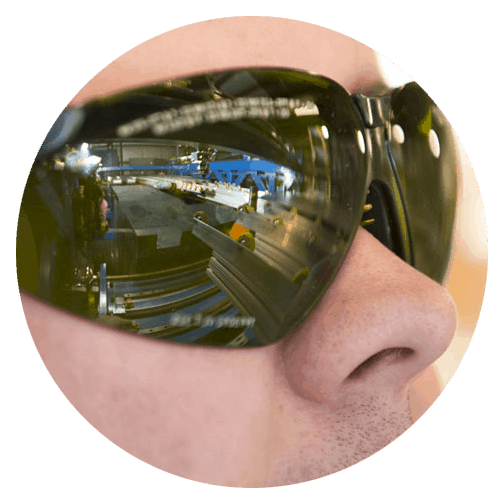 If you are interested in exploring how laser blanking can provide you a manufacturing solution to meet your flexible production requirements, we offer complete consulting services. We can provide feasibility studies, sample part runs and test runs with various types of materials. Upon evaluation we can offer guidance in the application of a laser blanking solution or provide options for low volume production support.

The value of the LaserCoil blanking approach extends beyond the initial blanking operation into downstream process improvements. Within this website we share many of the obvious benefits delivered by blanking from coil using lasers. Since our investment into this technology starting in 2008, we have learned the extensive value manufacturers can achieve by applying this technology. Let us show you how LaserCoil might benefit your operation. Just contact us to set up a visit to our Technnology Center in Perryburg, Ohio.